It's no secret that I love Greek Mythology, it was the overall theme for my reading this year... So of course, I picked up Circe by Madeline Miller when it was the Waterstones Fiction Book of the Month back in April.


A classic tale gets a fierce feminist makeover in this retelling of Homer's epic, The Odyssey that tells us the untold story of Circe, daughter of Helios, and follows her journey as she struggles to live among the world of the gods, pushing her into the company of mortals where she discovers her hidden powers; Witchcraft. Scorned by her kin and desperate for the tiniest bit of affection, Circe performs an act so dark that Zeus exiles her to the remote island of Aiaia where she is sentenced to spend eternity alone... But the fates have other plans as many are destined to cross paths with Circe like the messenger god Hermes, the legendary Daedalus and the infamous Odysseus whose arrival with lead Circe to risk everything...


This is the first of Miller’s book that I’ve read but she’s definitely an author I want to read more of! Her writing was eloquent, captivating and atmospheric making it a pleasure to read. Coupled with the vivid descriptions of The Sun God’s halls, the underwater palace of the titan, Oceanos and the Island, the first-person narrative permits the reader to experience everything from Circe’s POV and immerses you into the setting completely.


Formerly a villain in the original text, Miller has redeemed her in this retelling which provides a much-needed back story. I found it influenced my interpretation of The Odyssey, which I read afterwards, greatly. For me, Circe is an anti-hero – portrayed as the wicked goddess who prevents Odysseus from returning to home and turns his men into pigs, when in reality she is a victim to the whim of the fates and the cruelties of the gods as much as Odysseus and his men.


Whether you are a novice to the world of Greek Mythology or well versed in the tales, Miller’s ability to write accessibly shows she is a natural born storyteller and makes the plot easy to follow. By far one of my favourite reads this year, I’d recommend Circe to anyone! 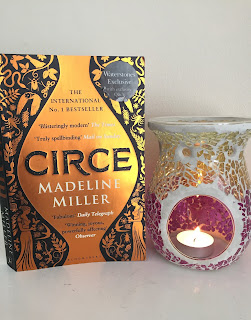