Winner of the 2017 Pulitzer Prize and a previous Waterstones Book of the Month from my time there, The Underground Railroad by Colston Whitehead has been on the TBR list for a while. So, naturally, when I saw it on the reading list for my foundation year at Plymouth University, I couldn't wait to finally pick this up. It did not disappoint!


Set in 18th century America, the famous Underground Railway, a network of people aiding escaped slaves, takes on a physical form in this dystopian novel as we follow Cora, a young slave on a Georgian plantation, in her quest for freedom.


From the opening chapter that details Ajarry, Cora’s Grandmother’s, transportation there is a gritty vibe to this book. Whitehead doesn't shy away from the brutality, instead he uses that to create a true and honest plot that makes for a stimulating read.


The fast pace of the novel adds to the suspense and authenticates the plot.


The alternate chapters, that map Cora's journey North, also give an insight into how the Underground Railroad affected a wide scope of people during the 18th century. Whitehead writes from the perspective of Ajarry, Ridgeway, the slave catcher, Ethel, a member of the Underground Railroad network, Caesar, a fellow slave and even the infamous Mabel, 'the one that got away' and Cora's mother. Not only does this act as a metaphor for the real underground Railroad but creates a bigger picture of 18th Century America and produces a richer reading experience.


While The Underground Railroad is not my typical genre it is one of my favourite reads this year. This became a pleasure read rather than an academic one and I found it much easier to analyse as a result. I’ll be tackling my first year reads with the same enthusiasm. 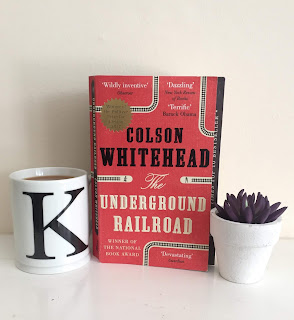