The last time I attended a book event was before I went on my 2 year break and it took a lot of courage for me to start attending them again. But when I saw that YA author Holly Black was going to be at Waterstones Piccadilly talking about her new book, The Cruel Prince, I knew it would be now or never...

Because I am a Waterstones bookseller I was able to attend the event for free, and luckily I was able to meet up with one of my longest blogger friends Nicola from Fantastic Book Dragon.

As soon as I arrived I was greeted with a glass of wine, always a win with me, and the most beautiful set design I have ever seen at an event! It honestly felt like a real life faerie glade which fit perfectly with the book. 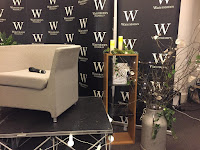 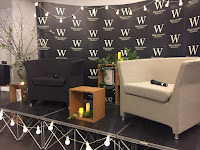 The talk itself was so mesmerizing and imaginative. Holly talked about her inspiration behind the story, a combination of forgotten folklore, creating stories on long drives and Dungeons&Dragons!, how she comes up with her characters and how her stories take on a mind of their own and never end the way she thought they would, our favourite forgotten fairytales, who her favourite character to write was and hints about book two. 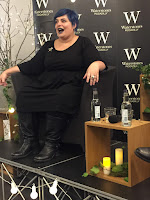 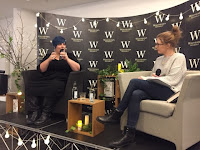 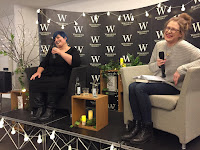 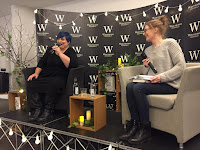 The talk finished with a Q&A and was followed by a book signing and a chance to speak to Holly personally. I didn't say much as I was too starstruck so I went for a photo instead. Oh and we were given a goody-bag with some amazing treats inside too! 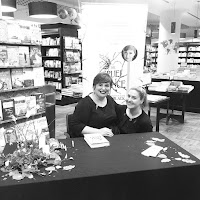 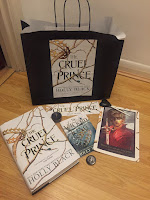 Anyone who knows me will know how obsessed I am with anything mythical, especially faeries! So when I saw that Holly Black was coming to London it gave me the perfect excuse to pick up this alluring book.

The Cruel Prince follows three young girls, Jude, Taryn and Vivi, who are kidnapped and taken to Faerie following their parents' murder. There they are raised as part of the gentry and installed into the Royal Court. However Jude and Taryn are human, doomed to suffer under cruel Prince Cardan's superiority. Jude longs for a place in Faerie and to finally fit in but with the coronation of the new High King just around the corner and new opportunities presenting themselves, Jude must take the utmost care for the path to power is never easy...

Let me start off by saying that I FRICKING LOVED THIS BOOK! It has everything that I look for in a novel - magic, adventure, friendship, betrayal and of course the sultry villain that you just hate to love. I knew as soon as I read the blurb that I was going to fall head-over-heels for the story-line, what I didn't expect was how long it would linger after I finished.

What I particularly loved was the world building that Holly dedicated the first three quarters of the book too. The awe of Faerie translated fluently from the page to the imagination and this, enhanced further by the first person narrative from Jude's perspective, , as a reader, allowed me to fully grasp how Jude was influenced.

What struck me most is that the action doesn't really kick in until the towards end of the book. I'm not normally compatible with this style of writing, I much prefer my books to kick off after about a quarter of the way through, but something about this one just agreed with me, fitted perfectly with the plot and opened up book two effortlessly.

This was the first of Holly's books that I've read but her writing and world building has captivated me in a way I haven't seen since Maria V. Snyder and because of that I will most definitely be ordering in the rest of her books soon! 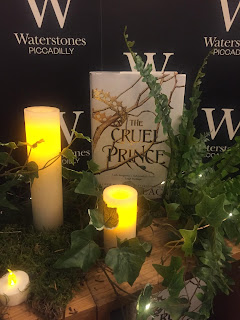