BOOK REVIEW - Me Before You by Jojo Moyes

I have a new found love in fiction and her name is Jojo Moyes. After watching the movie and reading the sequel last year I couldn't help but go back and read Me Before You this Autumn. Especially, as I mentioned in my After You review, there were some things that needed clarification...

Initially I was worried that I would end up comparing the book to the film but I couldn't have been more wrong! Rather than reading the same story I felt that I was learning more about the characters and discovering new parts of their story. It was very easy to picture the movie scenes when reading them and then switch off and imagine your own scene when reading the parts that had been left out.

And yet again Moyes' writing was flawless! It's descriptive and flowing nature makes reading such a breeze and I was finished before I knew it.

The film is brilliant, but the book is breathtaking and definitely one I would read again and again! 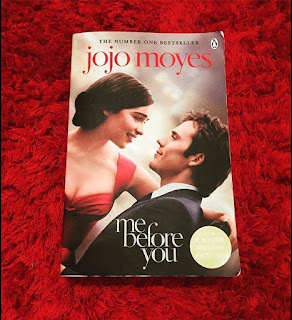 Email ThisBlogThis!Share to TwitterShare to FacebookShare to Pinterest
Labels: Books, Jojo Moyes, Me Before You, Reviews